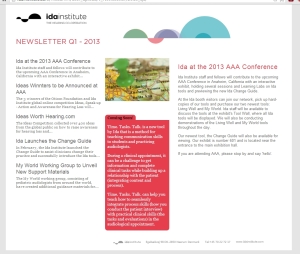 During this project I had to migrate an already existing flash version of the newsletter to a HTML-based one.

I had the design of the page, but all the features had to be implemented manually.

One of the most interesting features was making the animated half-circles on the page. Since they were supposed to move sideways and the movement had to be interesting, I opted out for making a script (written in JavaScript) that randomizes the lifetime of each of the circles (direction, speed and position).

At the end, I think, it ended up looking really awesome.

You can check out one of the newsletters here.

Posted on September 10, 2013, in My Applications, Projects. Bookmark the permalink. 1 Comment.